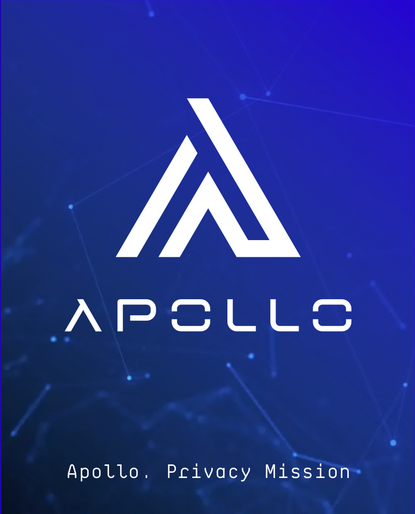 Apollo Currency (APL) claims to be a revolutionary project that will have a huge impact on the future of decentralized cryptocurrencies and specifically, privacy. The creators have labeled their coin an „all-in-one cryptocurrency”, combining many features of existing altcoins into one ecosystem. But is all this boasting justified? Or just mere words like so many other projects in the crypto-sphere out there? Let’s have a short look…

Apollo (APL) was established on 14.01.2017 through an airdrop to NXT holders. Thus being a clone or fork of NXT.
The Apollo Foundation never did an ICO, unlike most other cryptocurrency companies (e.g. EOS). There was already a working product available and ready for use during their Coin Distribution Event (CDE).

Although they’ve achieved this feat mostly due to the fact that they’ve forked from already existing NXT, it is a very refreshing and promising change in today’s crypto world. Many other new projects conduct an ICO with big promises and raise an insane amount of capital, but eventually fail to deliver. Thatˋs different with Apollo.

With their new Olympus Protocol the Apollo Foundation combines many features of existing coins in one powerful ecosystem:

Some features and wallets (e.g. for Linux) are still in development and on the future roadmap.

Whether the world needs a cryptocurrency with such a multitude of features or not, remains to be seen. However, the ability to cover many use cases on one platform is definitely a plus for utility and general adoption.

The Apollo Foundation has a very experienced, high-profile team for development, management, marketing and research at their disposal:

In addition several “Notable Devs” are mentioned on their website. According to the Apollo Foundation the team is constantly growing. At the time of wrting Apollo is seeking to hire new talent in order to further increase their team, which is generally a positive sign.
Of course most crypto projects are currently hiring. But only the most promising and visionary ones will be able to attract dev capabilities. In this area Apollo is doing well so far.

Apollo currency has been pre-mined and relies on proof-of-stake as a consensus mechanism. So unlike some of its competitors it does not require huge amounts of electricity for mining. New coins can be “forged” by APL holders via the wallet software.

The total supply of APL is ~21 billion, currently circulating are ~15 billion coins:

There was no Initial Coin Offering (ICO) but a Coin Distribution Event (CDE) instead. According to the White Paper, the initial allocation of coins was as follows:

Without further details regarding the 53% share for investors, it’s hard to reliably evaluate how decentralized Apollo really is. But given the fact that, apart from Bitcoin, only few blockchain solutions are truly decentralized, this mode of distribution is not uncommon.

In recent days the Apollo team has successfully pushed their community to adopt the new wallet versions v1.1.x

The new version contains an “updater” which will allow changes to the blockhain without hard forking in future. The details of the tech are not yet known to me. But at first glance this seems to be a step towards centralization. If the devs can decide to change the protocol (e.g. block size) without requiring consensus, the level of decentralization of the platform could at least be viewed as questionable.
This is not necessarily a bad thing. Nevertheless it should be noted that this move gives the Apollo Foundation a much stronger position in determining the future development of the platform.

Apollo’s roadmap is an ambitious one. So far the team has kept their promises, some deliverables were even ahead of schedule:

The next big milestone will be the Hermes 1.0 upgrade which promises to lower transaction time to ~2 seconds. This update is scheduled for Q4–2018.

At the time of writing Apollo (APL) is listed on a few smaller exchanges only and 24h trading volume is rather low:

Update 2018–09–26:
According to their Telegram channel a “big announcement” was planned for September 21st, 2018. Apparently the vote for listing on OKEx was won by Apollo. This news would probably bump up the price considerably. However, it hasn’t been officially announced so far.

A listing on HitBTC was planned and almost a done deal, when Apollo refused to be listed on September 5th, 2018 due to an “overwhelming number of fraud allegations” against the exchange.

This move, which cost them a lot of money, earned Apollo street credibility in the crypto world and among traders.

Also Antivirus-pioneer John McAfee praised the Apollo Foundation for this step. On September 7th, 2018 he twittered:

“Apollo Currency is the first organization to boycott HitBTC at cost of nearly half a million dollars. If awards for supporting ant-corruption in the crypto world were given, they would win top prize. Do I hear a ‘next’?” — John McAfee

Apollo promises a lot. But is it worth checking it out? Definitely!
The uncertainty whether a crypto project will be successful or not is daily business in the crypto space. Success largely depends on the vision, setup, management and of course supporting devs of a project.
In my personal opinion Apollo is in a very good position to become a big player amongst cryptocurrencies. And here is why:

6 thoughts on “Review: Apollo Currency (APL) – Is it really the all-in-one cryptocurrency?”